Delilah Sinclair has a certain reputation.

Maybe it’s the way she walks (in skyscraper designer heels) or the way she talks (in total absence of a filter) or simply the shade of her hair (strawberry blonde). Maybe it’s the string of broken hearts she’s left across the city of Boston. (Sorry, boys.)

For Lila, catching a man’s attention is never a struggle. It’s the part that comes later – the happily-ever-after part – that always seems to trip her up. All her friends may be settling down, but this fiery redhead has no intentions of ever being tamed…

Until she meets a man just as wild.

Luca “Blaze” Buchanan is the best fighter to come out of Boston in years. Men want to be him, women want to be with him, and no one smart ever bets against him. He’s more savage than knight-in-shining-armor, but that suits him just fine: he has no plans to ever allow a woman to domesticate him.

That is, until a certain sultry redhead finds herself in need of salvation. In the midst of sudden danger, their slow-burning attraction sparks into something far hotter… an inferno neither of them knows how to put out.

One thing is indisputable: no one is walking away without getting singed…

** TAKE YOUR TIME is a full-length contemporary romance about a girl determined not to settle… and the alpha who tears her careful plans into pieces. It is the fourth installment of the internationally bestselling BOSTON LOVE STORY series and can be read as a complete standalone. Due to sexy scenes, a sassy, red-headed heroine, and a bossy, unbearably sexy hero, it is recommended for readers ages 17 and up. ** 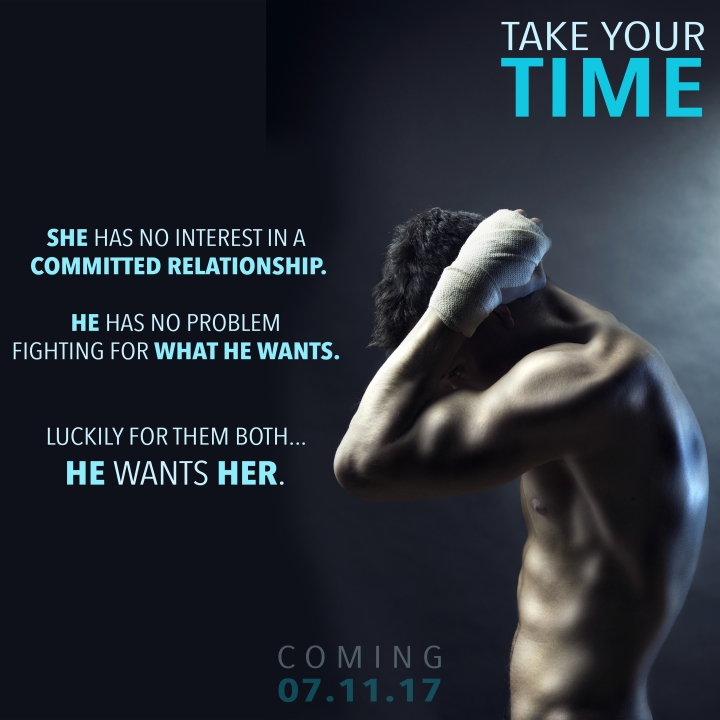 My Top Reads of the Year